Hosts Bayern built a 2-0 lead with first-half goals by Corentin Tolisso and Thomas Mueller, only for Erling Braut Haaland to equalise early in the second half after Julian Brandt pulled a Dortmund goal back just before the break.

However, Kimmich settled the matter through sheer determination behind closed doors at the Allianz Arena. His initial shot was saved by Dortmund goalkeeper Marwin Hitz but the rebound clipped Kimmich's boot and looped in for the winning goal eight minutes from time. "Joshua is a classy player. The way he chipped that ball in," said Bayern captain Manuel Neuer in admiration.

Having had their record 23-match winning streak ended by a shock defeat at Hoffenheim on Sunday, Bayern bounced back.

"He (Kimmich) has enormous quality, he is in great form," said Bayern head coach Hansi Flick whose side have won an eighth-straight Bundesliga title, the German Cup, Champions League, and the UEFA Super Cup this year.

This is the fourth time in five years Bayern have won the showcase match.

Dortmund goalkeeper Roman Buerki and England winger Jadon Sancho missed the flight to Munich with "a respiratory infection", the club said, but both tested negative on Monday for Covid-19. Flick made five changes from the side which lost 4-1 at Hoffenheim. Leroy Sane was sidelined by a knee injury, Leon Goretzka rested and Segre Gnabry started on the bench. Canadian left-back Alphonso Davies moved up to the wing and Tolisso started in central midfield.

The Frenchman gave Bayern the lead when Robert Lewandowski put in a short cross from the right-wing and Tolisso side-footed home on 18 minutes.

Mueller grabbed Bayern's second when he headed home after Davies floated in a cross on 32 minutes.

Brandt put Dortmund back in the game five minutes before the break when Benjamin Pavard's loose pass was snapped up by Marco Reus and Brandt finished the move.

It was 2-1 at the break, but Dortmund defender Thomas Meunier fired a golden chance over the bar early in the second half with just Manuel Neuer to beat.

Dortmund drew level when central midfielder Thomas Delaney slid a great pass into Haaland, who showed ice-cool finishing to fire past Neuer on 55 minutes. It was the 20-year-old's 19th goal in 22 games for Dortmund.

With time running out, Kimmich robbed Delaney of possession near the halfway line and sprinted clear with Lewandowski in support. The pair exchanged passes and although Hitz saved the initial shot, the rebound looped over his head into the Dortmund goal after clipping Kimmich's boot.

The Super Cup was the final game for Bundesliga referee Bibiana Steinhaus, 41, the first female to officiate in one of Europe's top leagues, before retirement. 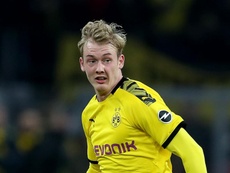 Brandt has sprained ankle ahead of CL tie 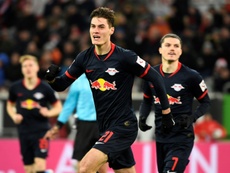 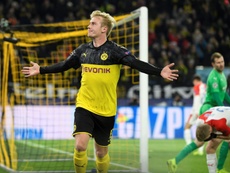 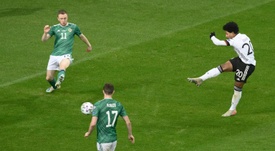