We take a look ahead to Tuesday's Champions League Group B clash as Barcelona host Tottenham Hotspur at Camp Nou.

Barcelona: Philippe Coutinho is expected to return to Valverde's side, most likely in place of Ousmane Dembele, despite the Frenchman scoring at the weekend.

Samuel Umtiti and Sergi Roberto remain absent through injury, while Malcom has joined compatriots Rafinha and Arthur in the treatment room.

Valverde has also confirmed that Luis Suarez will miss the fixture through injury.

Tottenham Hotspur: Harry Kane and Christian Eriksen are expected to return to the Tottenham starting lineup having been rested.

Kieran Trippier and Serge Aurier both doubts for this match, meaning that Kyle Walker-Peters could start at right-back.

The likes of Mousa Dembele, Erik Lamela, Davinson Sanchez and Victor Wanyama remain sidelined through injury, while Juan Foyth was not included in the Champions League squad.

"We're expecting a tough game against a very strong side, who have qualification for the next stage at stake. We'll be going for the win.

"There are sure to be rotations tomorrow; we just had a big game on Saturday. Every game is an opportunity to show what you're capable of doing."

"When you play Barcelona there is always pressure - the quality they have in their squad is amazing. For us, it should be the same motivation and approach, aiming to deliver our best job, that’s how we need to approach the game.

"If we qualify it would be special. The most important thing is to give Tottenham the opportunity to be in the next round.

"We need to prepare physically, tactically and mentally. We’re thinking just about the job we need to do. The most important thing is to focus on ourselves and try to do our job, not focus on Barcelona."

It could be a landmark game for Sergio Busquets, with the Spaniard set to make his 100th Champions League appearance for the club.

Only a victory over Barcelona will be enough to guarantee their place in the last 16 of the Champions League.

Barcelona, the five-time champions of Europe have dropped only two points in the competition so far, 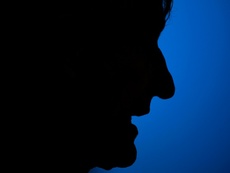 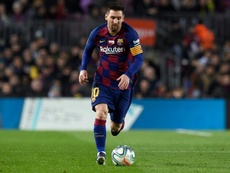 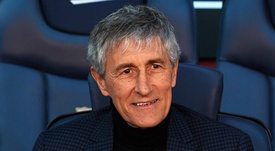