Gareth Bale will not start when Wales face Belgium in Cardiff for their final World Cup Group E qualifying match as he continues to recover from a hamstring injury.

Wales are already assured of a place in the play-offs going into Tuesday's game due to their Nations League results.

But they need at least a point against Belgium to be sure of finishing second to Roberto Martinez's men in the pool, which would give them the best chance of a home draw in the play-off semi-finals.

The Czech Republic are still in with a chance of catching Wales.

But if Bale, who has only appeared three times for Madrid this season, is to play any part against Belgium, it will be as a substitute and even that depends on how well he responds to training on Monday, which he completed individually away from the rest of the squad.

"He was never going to start against Belgium and we knew that coming into camp," said Wales boss Rob Page.

"The plan was always for him to get a half in the first game and then come on and maybe have an impact in the second game.

"He is going to be stiff. He has not played for a couple of months and to throw him in for that game was a big ask from a physical point of view.

"He's done his own recovery and we'll leave it to the last minute to see if he can any play minutes. He is getting there, slowly but surely.

"We will get him back to full fitness. It is frustrating for him. He made a tremendous effort to get fit for the game and he takes credit for that."

Wales captain Bale may not face his Madrid team-mates Thibaut Courtois and Eden Hazard as the Belgium duo are not expected to travel for the match, with their country's place in Qatar already secured.

Belgium's progression to the World Cup was sealed with a win over Estonia, who are the Czech Republic's last opponents at the same time as Wales and Belgium do battle. 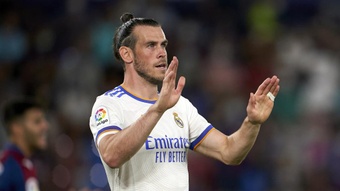 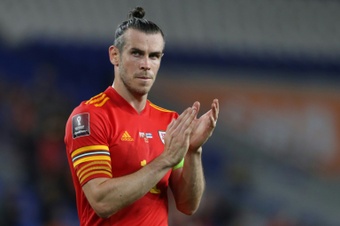