The Gunners started well with Nelson having a decent effort that almost looped over Ward in the Leciester goals. The keeper got a hand to it to see it over the bar but was caught off his line. Nelson was the Arsenal dangerman and had another shot just after the half-hour mark that he should have done better with.

The Foxes then had their first real chance of the evening when Leno was caught off his line, and Maddison looped a shot over the Arsenal number one and hit the post. A let-off for Arsenal.

The Londoners haven't won the trophy since 1993 and took a big step to doing so again when they opened the scoring. Ward saved after some good work from Pépé, and after the winger's rebound hit the post, it cannoned off the helpless Fuchs and into the net.

Nketiah almost doubled their lead when again Ward was caught off his line and Morgan cleared the striker's lob off the line with his head.

Leicester brought on Ayoze to try and get an equaliser and he almost got it when he headed wide but it was the Gunners who had the last word when Nketiah got the better of Amartey and tapped into the net. 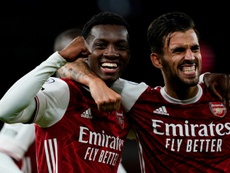 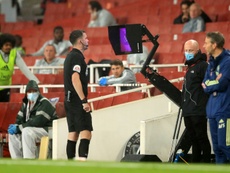 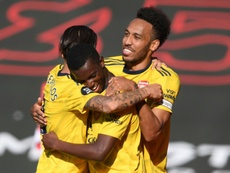 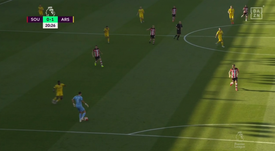