What a great game at Bramall Lane, as Sheffield United welcomed a struggling Man U, with the last 15 minutes being decisive for both teams!

Sheffield United faced Manchester United at home in what proved to be a fascinating game for a lot of reasons.

Sheffield got the game underway and were by far the better side for the first half. They had good defence and good play on and off the ball! Manchester United were poor and did not create any real chances or even seem a threat, as Solskjaer's problems increased.

De Gea was great for United early on, as he prevented Sheffield from taking the lead, however he could not stop Fleck's 18th minute goal! Mousset passed the ball into the box for Lundstram on the right, who has a shot, which is blocked by De Gea, but Fleck was there for the rebound and finished it off!

Sheffield dominated the first half and were all over Man U. All five of their shots in the first 25 minutes were on target. A very rampant home side. What a job Chris Wilder has done with his side, after being promoted from the Championship last year.

The ref blew the whistle for half time and Sheffield went into the break in the lead, having played excellently. Manchester United were awful and could have conceded more if it wasn't for David De Gea.

Early on in the second half (51st minute) Sheffield were in dreamland. Pereira gave the ball away and Mousset was there to take it from him. He had a shot from just outside the box and his curling effort went straight into the bottom corner. There wasn't much De Gea could do about it and Solskjaer was in despair for this.

However, United fought back with three goals in seven minutes. A team that were non-existent for much of the game suddenly came to life!

The goal came out of nowhere, but it was youngster Brandon Williams who put United back in the game with an excellent finish after a great pass from James on the right. A nervy last 15 minutes for Sheffield!

Their second goal game 4 minutes later, Rashford put in an incredible cross and new sub Greenwood was there to slot it in the back of the net. A first Premier League goal for the youngster. Two young goalscorers brought Man U back from the dead!

The third goal for the Reds came in the 78th minute. Manchester United came alive, James' speed saw him get the ball in the box, he decisively passed the ball to Rashford, who finished it off. Man U found themselves in front and Solskjaer was very happy. What a turn around!

But the game wasn't over here, as super sub Mcburnie proved! Sheffield equalised in the 89th minute. A scuffle in the box saw Mcburnie recieve the ball and slot it into the back of the net. De Gea got a touch on it, but it was not enough to stop it. VAR checked it for handball, but the goal was eventually allowed.

Full time meant that both teams went away with a point. Sheffield bossed the game and dominated for 70 minutes, but Manchester United came alive all of a sudden to really challenge them. However, Sheffield did not give up and displayed their fighting character, to get them a well-deserved point, which takes them to sixth in the table! 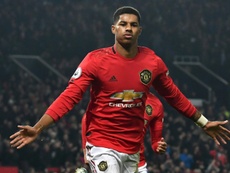 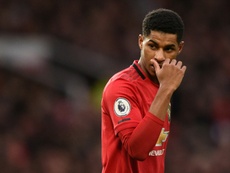 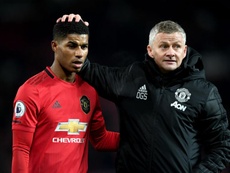 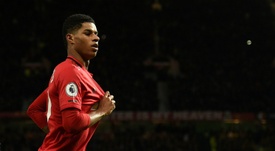