West Ham's summer spending and subsequent poor start to the season got everyone talking, but one of their big-money signings finally came to the party on Sunday as Andriy Yarmolenko opened his account on his first start for the club against Everton.

Despite joining the club from Borussia Dortmund in a reported £17m move earlier this summer, the Ukranian had so far been made to make do with appearances off the bench before finally being given the nod from the start by Manuel Pellegrini at Goodison Park.

Just 11 minutes into the game he repaid the faith shown in him by firing his side ahead as they went in search of their first points of the season.

The goal was a simple one from West Ham's point of view, with Pedro Obiang knocking a ball over the top for Marko Arnautovic to run in behind and the big Austrian crossing low for Yarmolenko to tap home at the far post.

Jordan Pickford had no chance of stopping it, with Yarmolenko able to record his first competitive strike since December 2017. 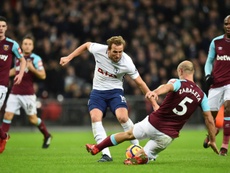 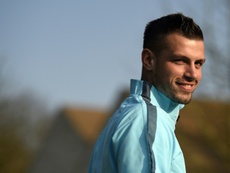 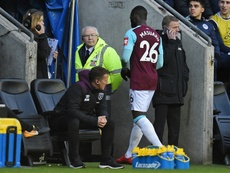 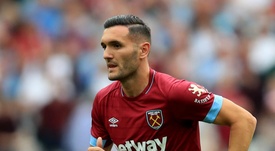 Lucas Perez reportedly refuses to warm up against Everton