Problems mount for Bartomeu after fighting with vice-presidents

Josep María Bartomeu, the Barcelona president, told two vice-presidents that they will be demoted or they will have to resign. Another sign of tension within the club and Bartomeu's tenure is once again being questioned.

Josep Maria Bartomeu's last few months at Barca have worsened the major insititutional crisis. The current president, who cannot stand for reelecion when his term ends in 2021, will certainly not be leaving on a high. The latest problem is that of his vice-presidents and that is one of many issues which have occurred under his presidency.

Bartomeu urged Emili Rousaud and Enrique Tombas i Navarro to leave the club or they will be demoted since he cannot sack them. If they end up leaving, that will mean seven vice-presidents will have been sacked under Bartomeu.

Javier Faus, Susana Monje, Carles Vilaubi, Manel Arroyo and Jordi Mestre were his previous victims. This incident, added to the I3 Ventures one and that of the spats with Messi and other senior players could lead to elections having to be called early.

In fact, one of the vice-presidents under threat, Rousaud, was being touted as being Bartomeu's successor. Something which now looks improbable given what has happened and after breaking his silence on 'SER' to single out Bartomeu.

"Bartomeu called me to say that he was suspicious of some board members, including me, and that he was demoting us. He considered that there had been leaks and that I had criticised members of the club. Reasons which are not satisfactory and it was not the right way to say it. A tough period for all companies is coming and getting rid of board members with an accredited professional solvency is maybe not the best thing to do," he criticised.

In addition, on the I3 Ventures gate, he was clear. "The board members broke internal rules, that is a reality. It formed part of an adjudications committee and these divided themselves to break the club's rules and that is not right." 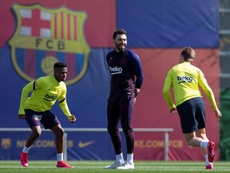 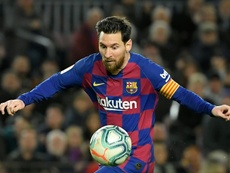 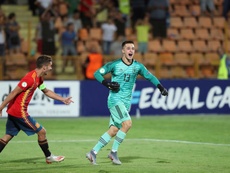 The La Masia goalkeeper which Barca will opt for 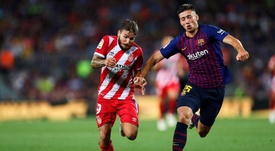 Lenglet does an 'Arthur' and also refuses to leave Barca