Bayern Munich announced the signing of Marc Roca on Sunday. The Espanyol midfielder signs until 2023 and the transfer has been closed at around 15 million euros fixed plus extras.

Bayern München has signed Marc Roca from Espanyol for 15 mill.

Marc Roca is now a player at Bayern Munich. The German club made it official this Sunday. The midfielder arrives from Espanyol.

Everything was finalised on Saturday and it has now been announced. The international with Spain's Under 21s signs until 2025 for 15 million euros.

This is an important gamble on Bayern's future, who need signings after a market that has seen almost no new entries to the squad. Especially for the midfield, where they lost Thiago Alcantara, who went to Liverpool.

The player leaves Espanyol with 121 matches behind him, in which he scored three goals and got six assists. Since his emergence from the first division, Marc Roca has been on the radar of clubs such as Atletico, Sheffield United and Burnley.

"I am very happy, it is a dream come true. For me, Bayern is the best club in the world and has a huge tradition. I'm delighted to represent the colours of this great club," said the Spaniard after signing.

For his part, sports director Hasan Salihamidzic celebrated his transfer: "We are very happy to have signed Marc Roca. On a footballing level and in terms of character, he fits in perfectly with our team and will continue to grow with us. We are convinced that he will give us a lot".

Bayern München has signed Marc Roca from Espanyol for 15 mill. 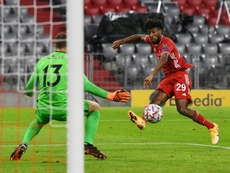 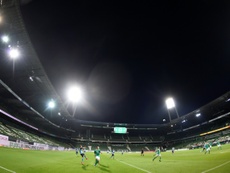 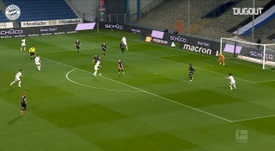