David Beckham's Inter Miami get another chance to extend their maiden season on Friday when they take on fellow expansion debutants Nashville as Major League Soccer's postseason kicks off.

Having scraped into the play-offs with a dramatic final-day victory earlier this month, Miami now have the chance to book a place in the main draw of the playoffs in their one-off Eastern Conference "play-in" game in Tennessee.

The away game is the latest challenge in what has been a roller coaster first season in MLS for the Beckham co-owned team, who made their long-awaited league debut in February after a tortuous seven-year journey to fruition.

On paper, Miami head into Friday's clash as underdogs against a Nashville side who finished three places above them in the Eastern Conference after a season thrown into chaos by the pandemic shutdown.

Miami manager Diego Alonso, however, has challenged his players to rise to the occasion, as they did on November 9 when they sealed a play-off place with a battling 2-1 win over Cincinnati during a tropical storm.

"I feel like this is a great challenge for us and we feel very happy to be in this position in the play-offs," Alonso said Wednesday.

"We have worked very hard to be here and now we have a great opportunity to keep fighting for our dreams."

Win or lose, Alonso believes a difficult first season, which saw his team lose 13 of 23 games, has been a success.

"We have seen what has happened this season and year but we won't use that as an excuse," said Alonso, who over the course of the season has seen his squad bolstered by the arrivals of former Juventus striker Gonzalo Higuain and French World Cup winner Blaise Matuidi.

"There have been some difficulties but we take it as a challenge and, at the end of the day, we have achieved our goal and managed to get our objectives," Alonso said. "With time, confidence and the good footballers we have, there is a promising future ahead."

Miami's US international midfielder Wil Trapp said the team had taken confidence from the nerve-jangling win over Cincinnati.

"We were so happy to qualify and felt like we had been rewarded for what has been a difficult year," Trapp said.

"Being an expansion team, we are just excited to be in the play-offs. Ultimately it will take a lot of effort but I know from my career, truly anything can happen in a one-off situation."

A win on Friday would send Miami into a daunting first round clash with Eastern Conference top seeds Philadelphia Union next Tuesday.

In Friday's other "play-in" game in the Eastern Conference, Thierry Henry's Montreal Impact will seek to reach the main draw of the play-offs with their eliminator against New England Revolution.

Like Miami, Montreal have been faced with their own challenges this season, notably being forced to play home games in New Jersey because of pandemic travel restrictions.

"I'll be honest with you, this is by a distance the hardest thing I've had to deal with," Henry said this week.

"A lot of people talking throughout the whole year and they don't have one single clue what's happening behind closed doors," the former France, Barcelona and Arsenal star added.

Henry, who took over in Montreal a year ago, insists he needs to be given time to turn the team around, comparing the club to English Premier League champions Liverpool, who underwent a transformation after manager Jurgen Klopp arrived at Anfield in 2015.

"That Liverpool team didn't become Liverpool now that we know in two years," Henry said. "It took Klopp two-and-a-half to three years to win something. That's how long it takes." 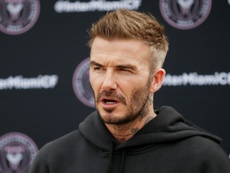 David Beckham could have been sports minister in UK 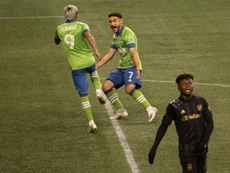 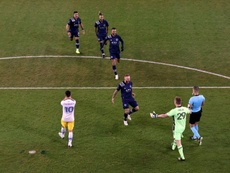 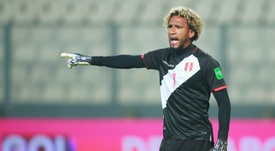