Covid cases force Nagelsmann into a reshuffle at Bayern Munich

BeSoccer 10 days ago 878
Covid cases force Nagelsmann into a reshuffle at Bayern Munich
Bundesliga leaders Bayern Munich must reshuffle their starting side - with five players in quarantine - before hosting struggling Arminia Bielefeld on Saturday in a final tune-up ahead of their top-of-the-table clash at Dortmund.

Bielefeld earned a 3-3 draw when the clubs met in Munich last February and have picked up four points from their last two league games.

Yet even with a host of stars sidelined, Bayern head coach Julian Nageslmann still has plenty of talent available against second-from-bottom Bielefeld.

"We are concentrating on the players who are there - the four World Cup winners and nine Champions League winners," Bielefeld coach Frank Kramer quipped drily.

A shock defeat at Augsburg trimmed Bayern's lead in the table to just a single point ahead of Dortmund.

Record numbers of coronavirus cases in Germany this week means a tightening of hygiene rules at Bundesliga stadiums.

There will be reduced capacity at all grounds, apart from RB Leipzig, who must play behind closed doors against Leverkusen on Sunday due to restrictions in Saxony.

A crowd of 13,000 is expected at Wolfsburg, who host a Dortmund side licking their wounds after their mid-week Champions League exit.

A 3-1 loss at Sporting Lisbon was Dortmund's third straight European defeat, blocking their route to the knock-out stages and consigning them to the Europa League.

"It's not only a setback financially, but it also hurts from a sporting perspective and image," said sports director Michael Zorc.

Dortmund still have star forward Erling Braut Haaland sidelined by a hip injury, but hope Youssoufa Moukoko, 17, can return after missing nine of their last ten games with knocks.

Belgium winger Thorgan Hazard is out after testing positive for Covid last Monday.

Fresh from thrashing Brugge 5-0 in the Champions League, RB Leipzig can break into the top six with a home win Sunday against fourth-placed Leverkusen.

Leipzig are missing Spanish playmaker Dani Olmo, 23, who tore a thigh muscle last weekend, a latest injury set back for the Spain midfielder who has been blighted by knocks since playing in both this summer's Euro 2020 finals and Tokyo Olympics.

One to watch: Christopher Nkunku

Leizpig's erratic form this season has not affected the 24-year-old whose 13 goals and 11 assists means he must soon be knocking on the door of selection for France.

Usually a winger, Nkunku, 24, shone with two goals and an assist in the thrashing of Brugge after moving across to attacking midfield.Â

Expect to see him again form a three-man attack alongside Emil Forsberg and Andre Silva, who both also scored in Belgium.

12 - consecutive wins for Dortmund against Wolfsburg, who last beat Saturday's opponents in the 2015 German Cup final.

Six - Leverkusen are winless in their last six league games against Leipzig, who have only lost once (back in 2018) in ten previous meetings.

Five - wins in all competitions for Bielefeld against Bayern - the last was five years ago - compared to the Munich giants' 28 victories with five draws. 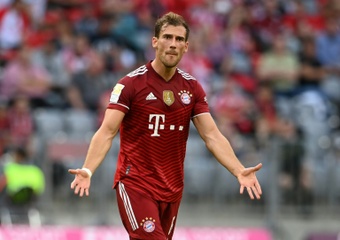 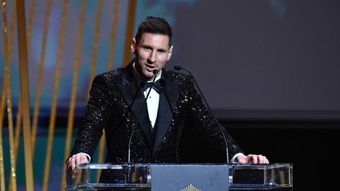