Inter Milan have given in to Tottenham's economic demands and the deal between both parties for the signing of Christian Eriksen is complete. The Dane will sign until 2024.

The British media 'The Guardian' noted that Christian Eriksen is one step closer to signing for Inter Milan after the transfer was agreed at 20 million euros.

After several weeks of conversations, Inter launched a 15 million euro offer, plus some bonuses. But Tottenham refused to accept the offer for the Dane and it was agreed at 20 million.

Inter would also have the approval of Eriksen, who is aware that his days at Spurs are numbered.

Christian Eriksen has accepted a contract that will see him join Inter until June 2024, with a wage of 308,000 euros per week with the possibility of bettering it to 379,000.

A move that will please both sides: Eriksen wants a change of scenery, Tottenham will be given a cash injection instead of letting him leave for free in the summer, and Inter get a world star.

After 6 and a half seasons at Tottenham, Eriksen is preparing to leave the side currently led by Mourinho imminently. Another marker set by Antonio Conte's Inter, who could announce his arrival on Monday, after the match between Southampton and Tottenham. 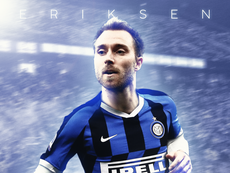 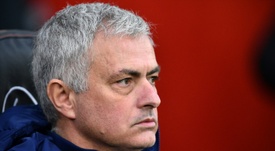