Andy Robertson warned Liverpool not to take Anfield for granted in the second leg of their Champions League last-16 tie against Atletico Madrid.

Champions League holders Liverpool will go into the return leg against Atletico on March 11 trailing 1-0 on aggregate after their loss at the Wanda Metropolitano on Tuesday.

But while the Premier League leaders will be eyeing yet another special European outing at Anfield, Robertson said his team had to make sure they got the job done.

"I know the fans won't but the fans can't take it for granted either that it will just be another special Anfield night. We need to try and make it an Anfield night.

"And that's up to the players and it's up to the fans to all come together to try and make it a special night and hopefully we can do it."

Liverpool failed to have a shot on target in Madrid, where they were frustrated by Atletico after Saul Niguez's fourth-minute opener.

Robertson, whose team are 25 points clear atop the Premier League, said Jurgen Klopp's side would need to be at their best in the return leg.

"We, obviously, can't really concede. We have been in this position before. You know Napoli at home, we had that same situation in the group stages [last season]. 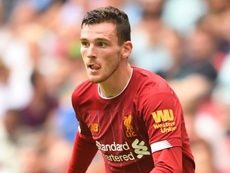 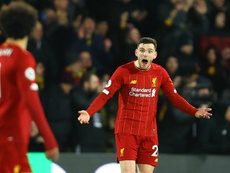 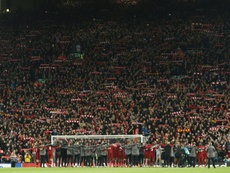 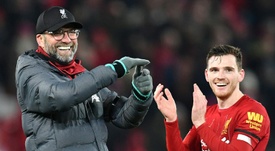