Former goalkeeper Hugo Gatti analysed the return of football in La Liga and surprised by matching the level of Eden Hazard and Leo Messi. "He's up to it, time will tell," he said at 'El Chiringuito'. 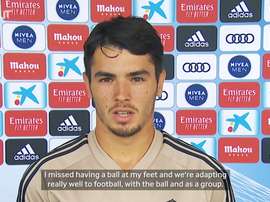