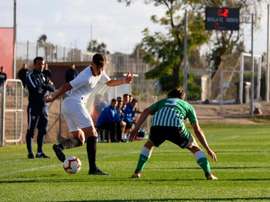 Sevilla youth player, Antonio Zarzana, who starred in a charity campaign at the height of the coronavirus crisis, has become notorious. Hence he responded at a press conference on a Youtube channel called 'SFC ZONE'. He said he rejected offers from Liverpool and Madrid.

Rivals of Sevilla At.

Sevilla At. - Segunda B