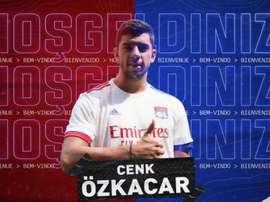 Despite that the fact the team are fully focussed on the Champions League semi-final with Bayern Munich, the French side announced that they have signed the young Turkish central defender for five seasons.

Brazilian midfielder Anderson, who spent almost a decade at Manchester United, has joined Turkish First League side Adana Demirspor on a three-year deal, the club announced on Monday.