'Barcelona will be my only club in Europe, but I would like to play for Newell's'

In an interview with 'Pasión por el fútbol', Lionel Messi ruled out leaving Barcelona for any other European club, saying: "I would only play for Newell's". 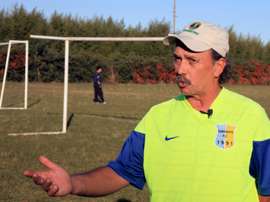 Ernesto Vecchio, the first coach of Lionel Messi when the budding superstar was a young rookie in Argentina, has died at the age of 65, the Newell's Old Boys club announced Friday. 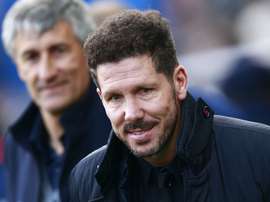 Maxi Rodriguez: Simeone deserves a statue in his honour

The former Atletico Madrid winger says the club now have nothing to envy of Real Madrid or Barcelona with his compatriot in charge, crediting him for turning them into true title contenders. Maxi Rodriguez, a close friend of the Argentine superstar, talked about his friend's plans for the future. Lionel Messi may leave Barcelona in 2018, having previously said that he wants to see out his career in his native Argentina. Argentina defender Milton Casco is set to complete a move from Newell's Old Boys to Marseille, the French club announced on Tuesday.