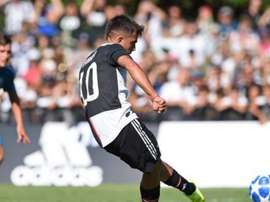 Dybala gets the double for Juventus whilst deciding his future

Despite remaining at the club, just like his teammate Gonzalo Higuain, his future here is not set in stone. Paulo Dybala returned to defend the Juventus shirt in the traditional dual against their under 19 team of Vecchia Signora, and he scored two goals in the clash.