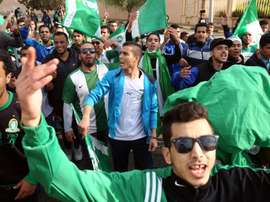 For 90 minutes, Abdel Hamid managed to forget about the war as he, his son and nephew watched Libya's first football clash involving a foreign team in two and a half years.

Rivals of Hearts of Oak