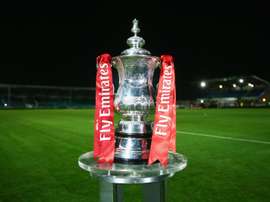 Two days after Haringey Borough's FA Cup meeting with Yeovil was abandoned, the match has been rescheduled.

The FA Cup fourth qualifying round tie between Haringey Borough and Yeovil Town was called off halfway through the second half after the home keeper was racially abused before Yeovil took a penalty. After the spot kick was converted, the Haringey players walked off the pitch.