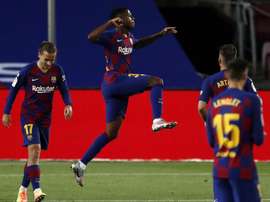 Rivals of Getafe B

Getafe B - Segunda B