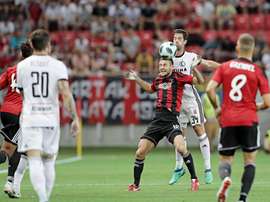 Spartak Trnava of Slovakia have been fined £53,000 and ordered to play their next home Europa League match in an empty stadium after racist chants by supporters.