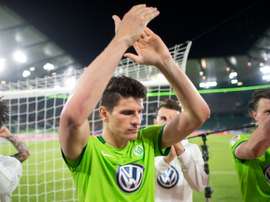 Wolfsburg struck the opening blow in their battle to remain in the Bundesliga on Thursday when they defeated neighbours Eintracht Brunswick 1-0 in the first leg of a promotion/relegation play-off. 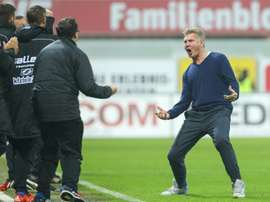 'New One' Effenberg gets first one for Paderborn

Former German international Stefan Effenberg enjoyed a winning start to his coaching career on Friday when his Paderborn team defeated Eintracht Braunschweig 2-0 in the second division.