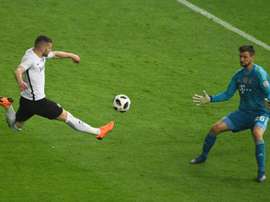 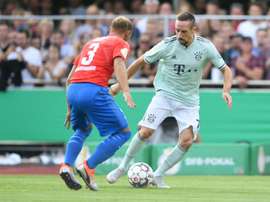 Mighty Bayern Munich needed a late Robert Lewandowski goal on Saturday to secure a 1-0 German Cup win over Drochtersen/Assel, a fourth division village side who had described the occasion as their "game of the century".