Napoli players took to the pitch wearing a special Argentina-inspired jersey on Sunday in honour of club legend Diego Maradona, who died aged 60 on Wednesday, for their Serie A game against Roma.

Enjoy some of the best goals Sampdoria scored at Torino ahead of Monday's Serie A clash.

Diego Maradona's surgeon responded to the launch of an investigation for involuntary manslaughter by saying he "everything he could, up to the impossible" for an "unmanageable" patient.

Leandro Trossard got Brighton back in the game against Liverpool in July 2020 after volleying home at the Amex. 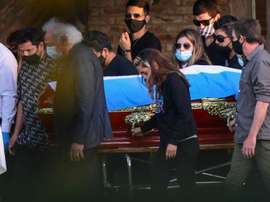 Maradona doc has 'nothing to hide'

Police in Buenos Aires are investigating the treatment received by Diego Maradona in the weeks before his death.