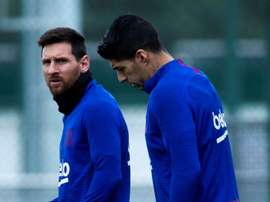 In an interview with the newspaper 'Bild', Jean-Clair Todibo revealed some details about his spell with Barcelona. One of the most curious things is how captain Lionel Messi was treated, as according to the player, "everyone was very careful not to hurt Messi".

Juventus coach Maurizio Sarri said he expects an emotional return to his former club Napoli on Sunday as Lazio and Roma prepare for a derby clash in Serie A after both capital-city sides exited the Italian Cup during the week.

Manchester United manager Ole Gunnar Solskjaer is keen to reach the mid-season break after an awful loss to Burnley.

Madrid ask about Martinelli, but Arsenal have a plan

He has practically just arrived at Arsenal, but he now has one of the best clubs in Europe after him. At 18, Gabriel Martinelli can now boast about having Real Madrid after him.

James Rodríguez started against Salamanca in the Copa del Rey. Zinedine Zidane opted for the Colombian, but the Colombian was too intermittent and showed signs that he needs more game time to adapt at a higher rate.