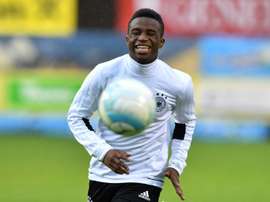 A German football wunderkind, who only turned 14 on Tuesday, says his goal is to one day lift the Champions League trophy with Borussia Dortmund and win the Ballon d'Or.