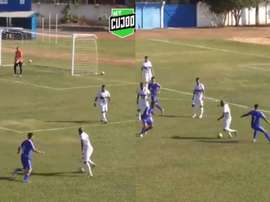 The coach of the women's team of Brazilian football club Rio Branco quit Thursday in protest at the men's team's decision to sign star goalkeeper Bruno, who was convicted in 2013 of murdering his girlfriend.