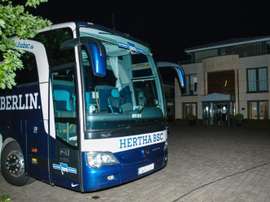 Hertha Berlin cleared the German Cup first round hurdle on Monday 24 hours after a shot was fired at their team bus as a clash between lower league Osnabruck and RB Leipzig was suspended when the referee was struck on the head by a lighter. 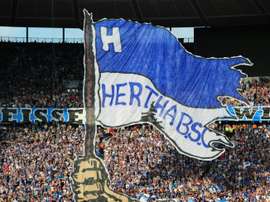 Shots were fired at the Hertha Berlin team bus on Sunday a day before the Bundesliga side play their German Cup clash at Bielefeld in an incident which overshadowed the first round of matches.