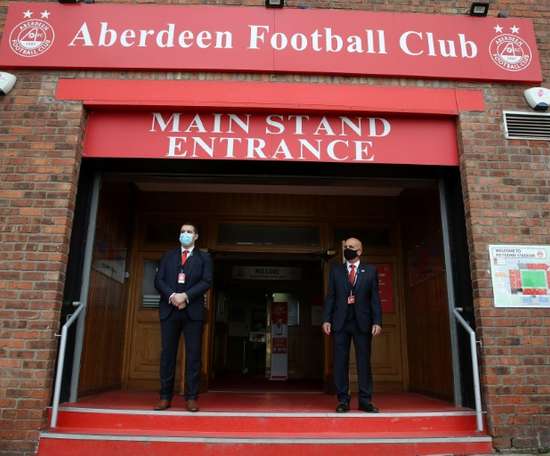 Aberdeen's Scottish Premiership game at St Johnstone has been postponed after two players tested postive for coronavirus, sparking a furious... 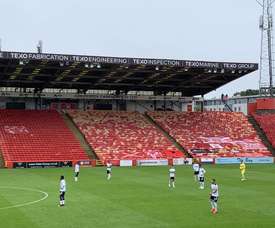 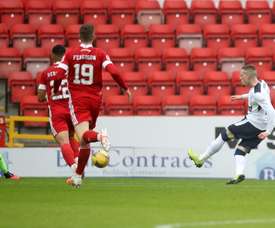 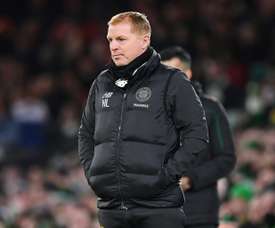 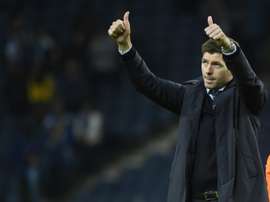 Rangers' Scottish Premiership title challenge suffered a fresh blow as they were held 0-0 at home by Aberdeen on Saturday to only close within four points of Celtic. 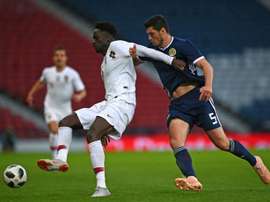 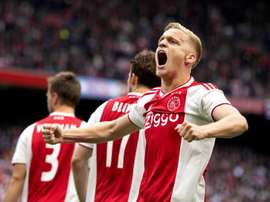 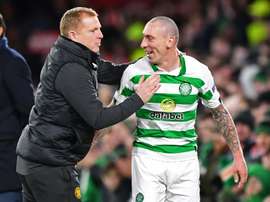 Celtic strike late as Rangers slip up at Aberdeen

Scott Brown's dramatic injury-time strike gave Celtic a 2-1 win over Hamilton to move the Hoops two points clear at the top of the Scottish Premiership as Rangers let a two-goal lead slip to draw 2-2 at Aberdeen. 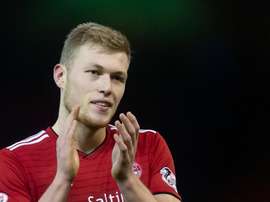 Stoke have Cosgrove on their radar

Stoke City have got their eyes on Sam Cosgrove to strengthen their attack in the January transfer window. The player is under contract at Aberdeen. 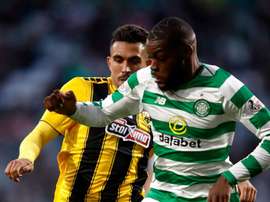 Rangers will face a trip to Kosovo or Gibraltar in their first Europa League outing, while Celtic drew Sarajevo in the Champions League. 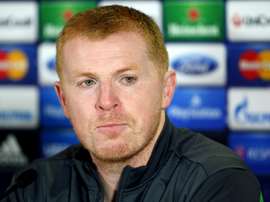 Celtic secured an eighth successive Scottish Premiership title on Saturday with a 3-0 win at Aberdeen that put them two-thirds of the way towards an unprecedented third consecutive domestic treble. 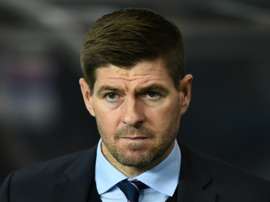 Steven Gerrard is set to finish his first season as Rangers boss empty-handed as his side crashed out of the Scottish Cup after a 2-0 quarter-final replay defeat to Aberdeen at Ibrox.

Aberdeen's assistant manager has confirmed that the player has now left hospital after being monitored following concussion. 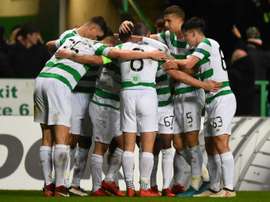 Celtic players banned from celebrating should they win League Cup

Brendan Rodgers is to put his players immediately back to work after the League Cup final clash with Aberdeen this weekend, regardless of whether they win the trophy or not. 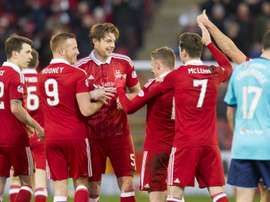 Police Scotland have confirmed that they have charged 44 year old man from Glasgow in relation to the incident that occurred during the match between Aberdeen and Rangers. 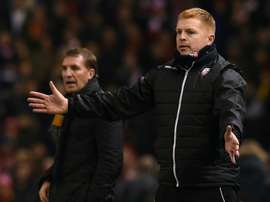 Lewis Ferguson proved to be the watch-winner as Aberdeen came from behind to claim a late win against Kilmarnock on Sunday. 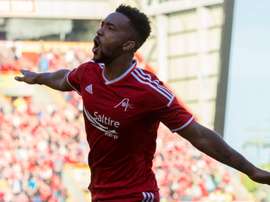 Aberdeen defender Shay Logan is being investigated by the club after a rant full of bad language emerged, in which he insulted Scottish club Rangers.