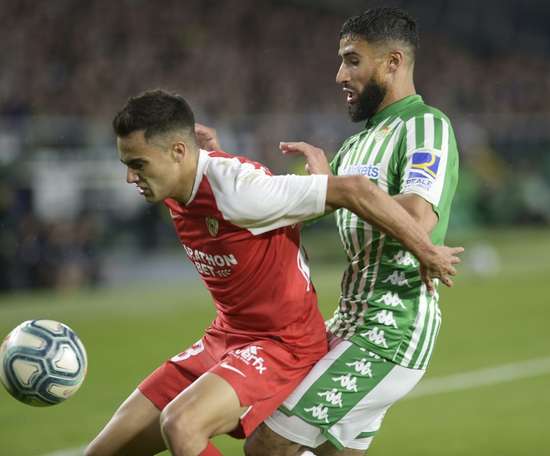 Napoli have got a move on to sign Sergio Reguilon. According to 'La Gazzetta dello Sport', the Italians have made a first offer of 15 millio... 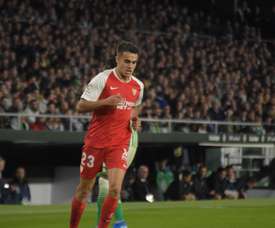 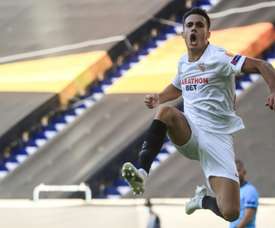 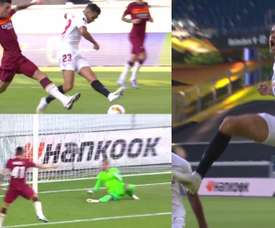 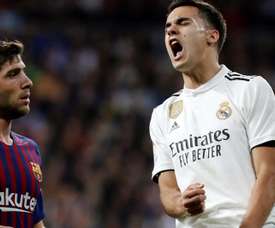 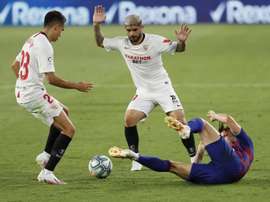 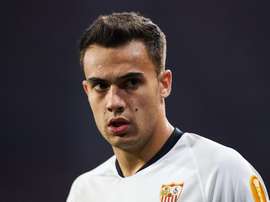 Reguilon: I feel loved at Sevilla

Real Madrid are due to recall Sergio Reguilon when his loan at Sevilla expires at the end of the season, but he is happy in Andalusia. 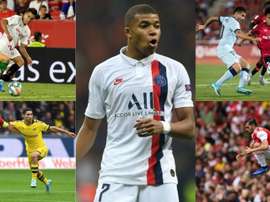 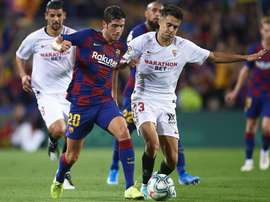 Reguilon: Loan not my decision

Real Madrid loaned Sergio Reguilon to Sevilla in July after signing Ferland Mendy, but there is no ill-feeling over the move. 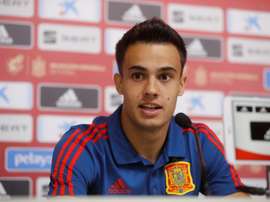 "I don't think of Zidane's opinion, I think of mine"

Sevilla's defensive player Sergio Reguillon has said he is not thinking about Zinedine Zidane, the man who caused his exit from Real Madrid, instead deciding to focus on his duties with his current club and the "prized" call-up for the Spanish national team. 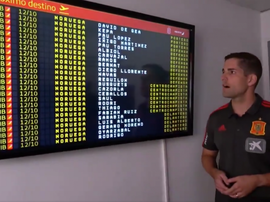 Robert Moreno, coach of the Spanish national team, revelaed his official call-up list for their Euro 2020 qualifying games against Norway and Sweden. A lot of new names have entered into this list for the coach. Although Ansu Fati still is not one of them, as he does not have all the documentation necessary to play. 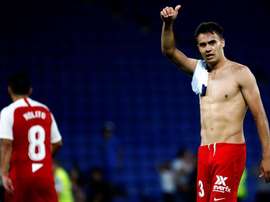 Sergio Reguilon had minutes last season, but his performances were not enough to persuade Zinedine Zidane to keep him. Real Madrid bought Mendy and the Reguilon has ended up shining at Sevilla and he will be a danger for Real Madrid in Sunday night's game. 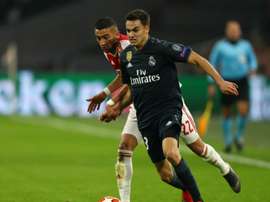 After Real Madrid brought in Ferland Mendy to compete with Marcelo, they have allowed Sergio Reguilon to join Sevilla on a season-long loan. 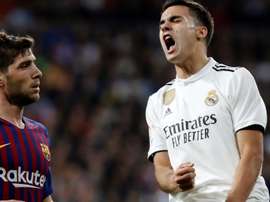 Sevilla sporting director Monchi has confirmed that the signing of Sergio Reguilón is imminent, with the Real Madrid player set to pass his medical in the coming days. 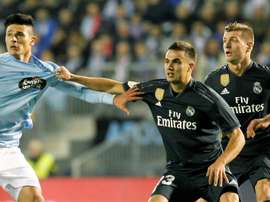 Ancelotti keeps an eye on Reguilon

Due to Mario Rui's expected exit, Napoli has started to look for a replacement, and "Il Corriere del Mezzogiorno" claim that Sergio Reguilon is a top candidate to replace Rui in the team's left wing.

Reguilon is aware of potential Real Madrid exit: "we will sit down and talk"

Ferland Mendy's signing has pushed out Sergio Reguilon from Real Madrid. Even though he still dreams of success with Los Blancos, the academy product has admitted he'll have to think about his future first. 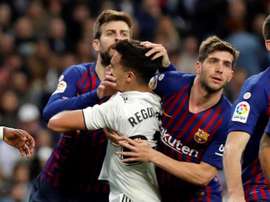 Sergio Reguilon played down his run-in with Leo Messi and Luis Suarez during the league Clásico. The Real Madrid defender used the tension of a Barca game as an excuse for his attitude. 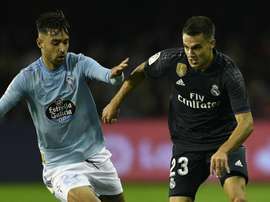 Real Madrid are counting the cost of their win at Celta Vigo with Sergio Reguilon the third player to have an injury confirmed. 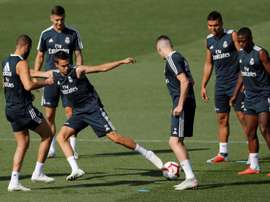 Reguilón played against Plzen despite illness

The Real Madrid defender played all 90 minutes of the match against Viktoria Plzen, but although he performed excellently, the 'merengue' player could have stayed at the hotel after a rough night. 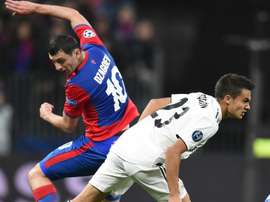 Sergio Ramos has apologised after the Real Madrid captain was pictured repeatedly kicking a ball at left-back Sergio Reguilon during training on Monday.