Ramires has been heavily linked with a move to Inter but has his heart set on a move back to Chelsea before he retires.... Former Chelsea star wants European return: 'I hope I can go to Inter' The 7 stars affected by the CSL crisis

After more than half of CSL teams were accused of not paying their players correctly, we take a look at the players who have been affected. The five most expensive transfers to the Chinese League

The money is about to convert the Chinese Super League into a very attractive tournament. We present you the five most expensive signings (so far). Ramires reveals why he left Chelsea for China

The Brazilian spent six seasons at the London club before dropping out of favour and leaving for China, but insists the decision wasn't a financial one. The former Chelsea midfielder has suggested he preferred the 39-year-old to Jose Mourinho and that he is a big admirer of Pep Guardiola and the work he's doing at Man City. The former Chelsea player wants to return to action for his national team after 12 months. The cash-rich Chinese Super League splashed 331 million euros ($359 million) on players in its winter transfer window, outspending the English Premier League for the first time. Here are the five most notable signings:

Jiangsu Suning's record signing Ramires has paid immediate dividends for his new club after he scored on his debut for the Chinese outfit. Brazilian midfielder Ramires on Wednesday moved from Chelsea to Jiangsu Suning for a reported $35 million -- making him the biggest-ever signing by a Chinese club. 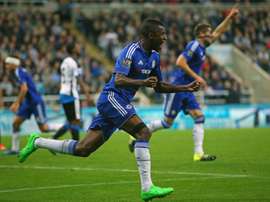 Brazilian midfielder Ramires has extended his Chelsea contract until 2019, the Premier League champions announced on Thursday.