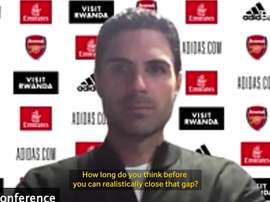 After Arsenal's 2-1 win over Liverpool, Mikel Arteta was asked about the distance between his club and others like the 'reds' and the possibility of narrowing that gap.