Nicolae Stanciu gave Anderlecht a crucial away win at APOEL to move a step closer to the last eight of the Europa League.... 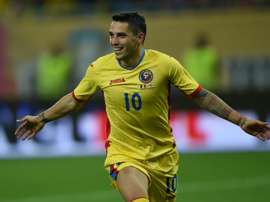 Romania attacking midfielder Nicolae Stanciu has joined Anderlecht on a five-year deal from Steaua Bucharest for a fee that could reach 9.8 million euros ($11m, £8.4m), the Romanian side announced on Sunday.