Paris Saint-Germain cruised into the semi-finals of the French Cup on Wednesday after thumping Dijon 6-1 in a match that saw the French cham... 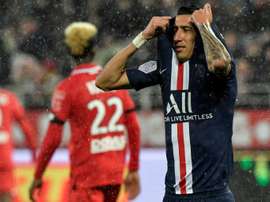 Paris Saint-Germain suffered a shock 2-1 defeat at the hands of rock-bottom Dijon on Friday in a sapping setback to morale just days before they tackle Club Brugge in the Champions League.