Mohammad Al-Sahlawi is poised to spend three weeks with Manchester United, although his opportunity appears to be tied to a commercial deal.... 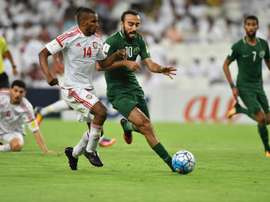 Robert Lewandowski's 16-goal haul in World Cup qualifying is considered to be and incredible feat, but did you know that he's not the only one to rack up such an impressive tally on the road to Russia?