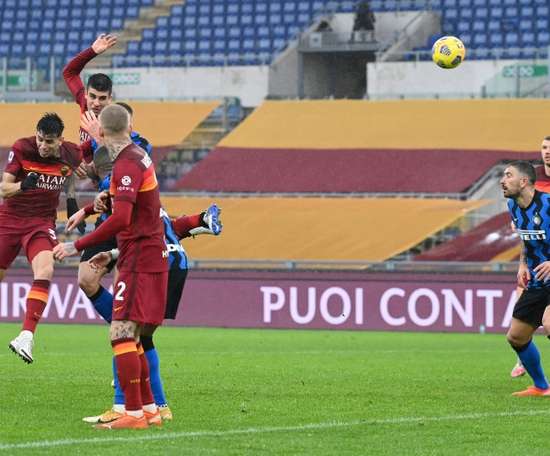 Gianluca Mancini headed in a late equaliser as AS Roma stalled Serie A title rivals Inter Milan with a 2-2 draw in Rome on Sunday.... 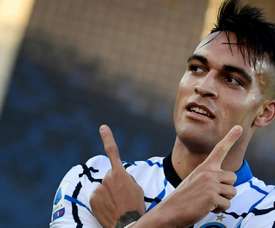 Conte hasn't made his mind up for his midfield against Madrid 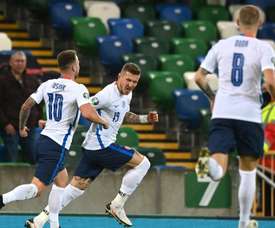 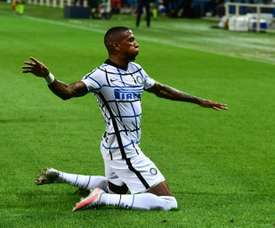 Tottenham raises its offer to 44 million for Skriniar

Tottenham have set themselves the challenge of convincing Inter to sell Skriniar and they do not intend to stop until they have succeeded. According to 'CalcioMercato', Spurs have decided to raise their offer to 44 million euros. 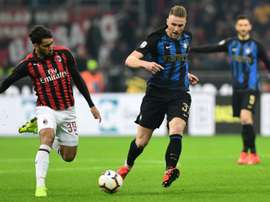 Huge offer from Old Trafford to get Skriniar

Milan Skriniar is one of Manchester United's targets. In fact, according to 'Tuttosport', they have already reportedly prepared an offer to take the player from Inter. They would be willing to pay 65 million euros for the CB.

According to 'The Independent', both clubs are interested in signing Kalidou Koulibaly and Milan Skriniar. Their high price prevents the deal from being done at the moment.

Milan Skriniar and Bruno Fernandes spent a year together at Italian club Sampdoria before going their separate ways.

Manchester City seem prepared to do anything to strengthen their defence this transfer market. Their latest target is Milan Skriniar, a player for whom they intend to pay 94 million euros. 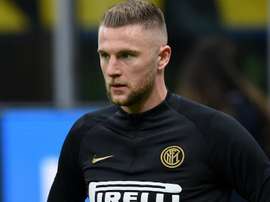 Milan Skriniar is reportedly attracting interest from Manchester City, who want to strengthen their defence in January.

"Real Madrid are closer to signing Skriniar than Barca"

Milan Skriniar is being linked once again with Real Madrid and Barcelona. Even though 'Mundo Deportivo' are saying that Barcelona have ruled out his signing, the company which represents the footballer says they is a two way battle for the footballer. Real Madrid apparently have the advantage. 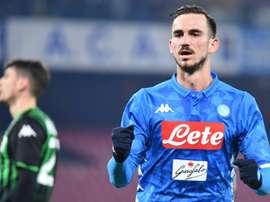 PSG, Barca and RM fighting for Fabian and Skriniar 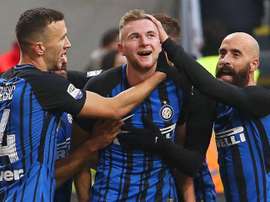 Milan Skriniar, who in his moment rejected an offer from Barcelona, is now on Real Madrid's agenda as a possible reinforcement in the winter market. 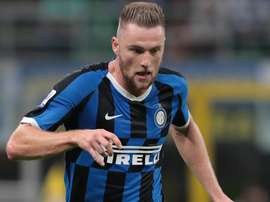 Rakitic could play part in Skriniar to Barca

Barcelona could be about to ramp up their search for a defender and have been thinking about Skriniar for a while. According to 'Mundo Deportivo', Rakitic who hold the key for his arrival to Barcelona.