Goalkeeper on Nacional AM

'Sport' states that Josep Maria Bartomeu "is prepared" to resign after the board meeting on Monday 26th if the Catalan Government confirms that the motion of no confidence against him can take place on November 1st and 2nd. The current management wants it to be postponed.

Houssem Aouar talks about his transition from the academy to the first team. The French midfielder wants to continue to progress and bring Olympique Lyonnais back to the best level. 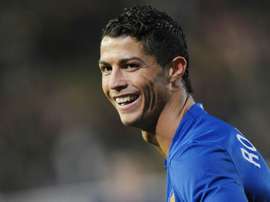