The Championship club has confirmed the signing of Joao Carvalho from Benfica for £13 million, with his teammate Diogo Goncalves joining th... 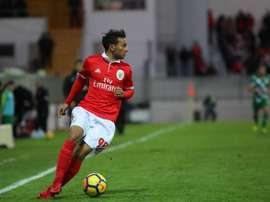 Nottingham Forest have reportedly agreed a fee of around £13m for Portuguese midfielder Joao Carvalho from Benfica, which would be a record transfer fee for the club.

English publication 'The Daily Mail' reports that Championship side Nottingham Forest are lining up a £13m move for Benfica youngster Joao Carvalho, with team-mate Diego Gonçalves set to follow suit on loan.