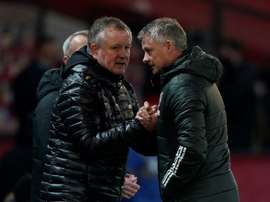 Chris Wilder is wary of claiming "an incredible escape is on" after he became the first Sheffield United manager to taste victory at Manchester United for 48 years.