Eibar bring Solari and Real Madrid crashing back down to earth

Minnows Eibar cruised to a comfortable 3-0 victory over Real Madrid at Ipurua on Saturday lunchtime as the European champions' defensive fra... 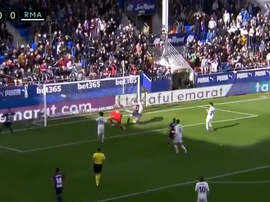 Escalante bundled Eibar into the lead

Gonzalo Escalante is far from a household name in Spain, though his opening goal in Eibar's clash with Real Madrid at Ipurua on Saturday could go some way towards changing that. 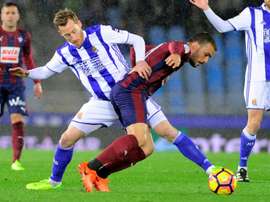 Real Sociedad missed the chance to leapfrog Atletico Madrid into fourth in La Liga as Pedro Leon's 93rd-minute equaliser snatched a 2-2 draw for Eibar in a controversial Basque derby on Tuesday. 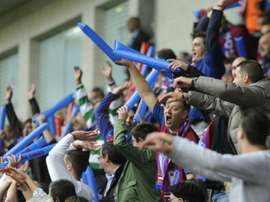 Basque minnows Eibar made the most of their reprieve from relegation last season to move top of La Liga after the first round of matches with a 3-1 win at Granada on Monday.