Gerrard wants Dorrans back as soon as possible

Manager Steven Gerrard wants to get midfielder Grahahm Dorrans back playing for Rangers as quickly as possible.... 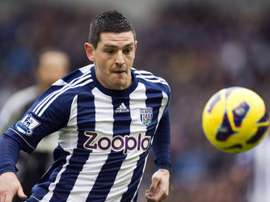 Norwich City midfielder Graham Dorrans has been called into the Scotland squad for the forthcoming European Championship qualifiers against Poland and Gibraltar, the Scottish Football Association announced on Monday.