After Leeds United lost on Saturday, West Brom beat Millwall 2-0 to go four points clear at the top of the Championship.... 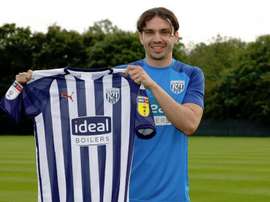 Benfica send Krovinovic out on loan to West Brom

West Bromwich Albion made the loan deal between Benfica and WBA for Filip Krovinovic official. The Croatian moves from Benfica where he was unable to find a place in the team so he will try to gain experience in England.