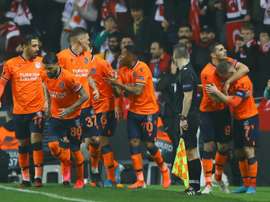 Manchester City striker Sergio Aguero will be out for perhaps as much as a month, coach Pep Guardiola told a press conference in Marseille on Monday.