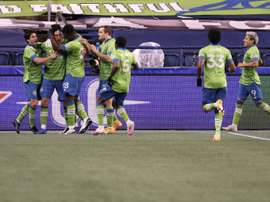 After almost two years in charge of Colombia, Carlos Queiroz has left the post.

Cristian Romero grabbed the equaliser as Atalanta secured a 1-1 draw against Midtjylland on Tuesday, meaning the Italians will reach the Champions League last 16 if they avoid defeat at Ajax next week.

Eusebio Sacristán is on the search for a new project. This could be in Mexico, where two teams have contacted him ahead of the 2021 Clausura.

Atletico Madrid must wait to secure a place in the last 16 of the Champions League after substitute Thomas Mueller scored a late penalty for a much-changed Bayern Munich in Tuesday's 1-1 draw in Spain.

Porto qualified for the Champions League last 16 and Manchester City sealed first place in Group C after Agustin Marchesin's superb display for the hosts in Tuesday's 0-0 draw at the Estadio do Dragao.