Javier 'Chicharito' Hernandez was on target twice as Bayer Leverkusen warmed up for their Champions League clash with Atletico Madrid by win... 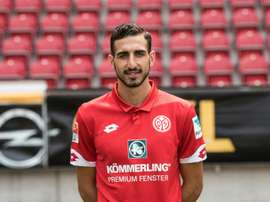 Mainz midfielder Jose Rodriguez was on Tuesday hit with a five-match ban and fined 10,000 euros ($11,171) for his horror tackle which left his opponent with a gash to the bone.

Mainz midfielder Jose Rodriguez has apologised for his horror foul, which cut Augsburg's Dominik Kohr leg to the bone and earned him a fine from his German league club.