Gareth McAuley and Conor Washington are omitted from the Northern Ireland squad to face Austria and Bosnia-Herzegovina.... 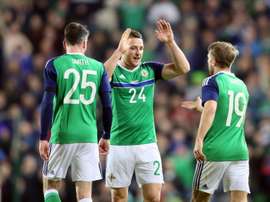 Conor Washington has signed a one-year deal with Sheffield United after terminating his contract with QPR on Friday.

Northern Ireland made it a record 10 matches unbeaten as Conor Washington underlined his case for a place at Euro 2016 with the goal that clinched a 1-0 friendly win over Slovenia on Monday.