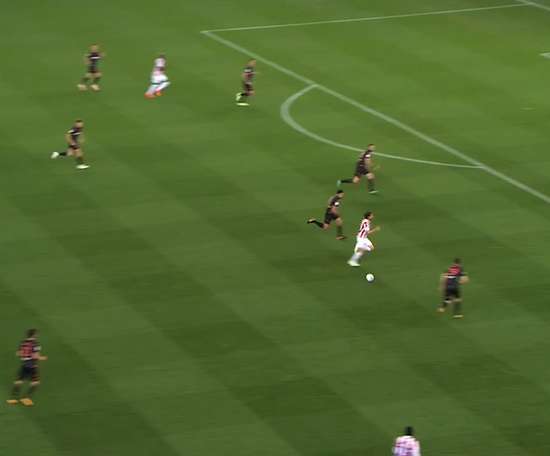 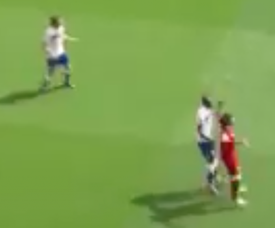 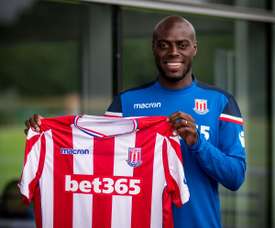 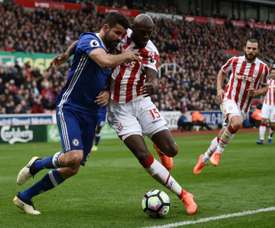 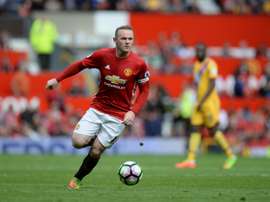 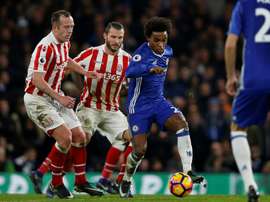 Chelsea equalled Arsenal's record of 13 consecutive Premier League wins in a season as Willian's brace inspired a 4-2 win over Stoke on Saturday. 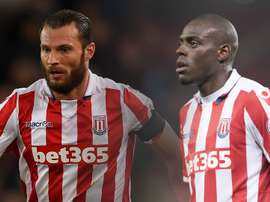 The Premier League official, who has made a number of errors in recent weeks, booked Stoke's Erik Pieters instead of Bruno Martins Indi at the weekend. 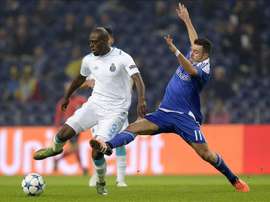 Stoke City have signed defender Bruno Martins Indi on a season-long loan from Porto with a view to a permanent deal.