Steve Cooper's Swansea City are second in the Championship after extending their unbeaten start to the campaign....

Having trailed by two goals, Manchester City pulled off a remarkable second-half comeback to beat Swansea and advance to the FA Cup semi-finals. 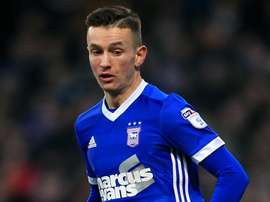 Bersant Celina has joined Swansea City on a four-year contract, having made only one league appearance for Manchester City.