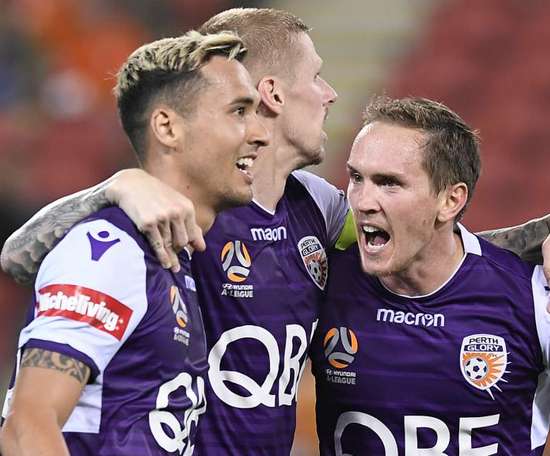 Perth Glory produced a brilliant comeback away to 10-man Brisbane Roar to go top, while Melbourne City won at home to Newcastle Jets.... 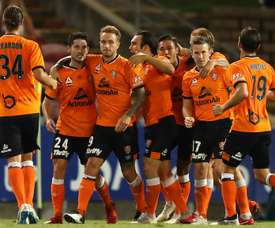 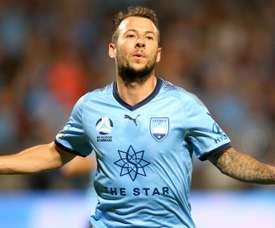 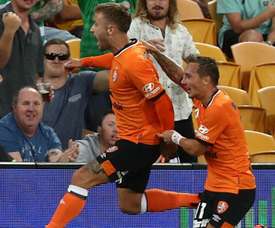 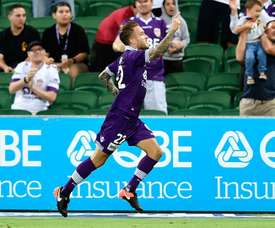 Taggart extends hot streak as Glory down the Jets 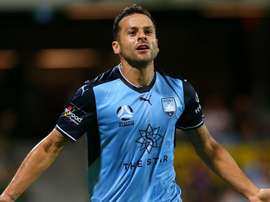 Sydney repeat at the double

Bobo set a new record of goals scored in the A-League regular season, as Sydney FC became the first team to retain the Premiers' Plate. 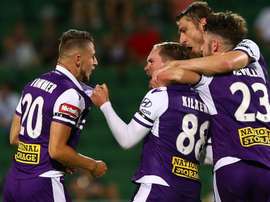 A League round up

Melbourne City looked to have sealed all three points, only to see Perth Glory battle back to steal a stunning win thanks to two late goals. 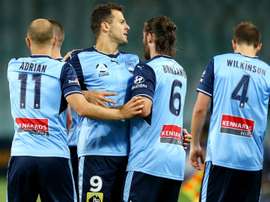 Defending A-League champions Sydney FC edged a five-goal thriller, while Newcastle Jets were denied a win in the last minute by Perth Glory. 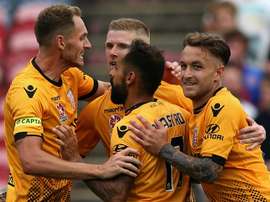 Andy Keogh's goal early in the second half secured a 2-2 draw for Perth Glory at Newcastle Jets in the A-League.