RB Leipzig recorded their 9th Bundesliga away win of the season as they came from behind to beat Cologne 4-2.... 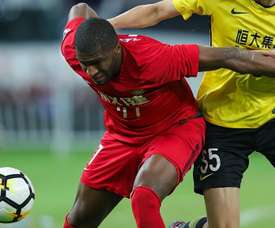 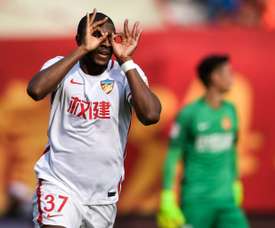 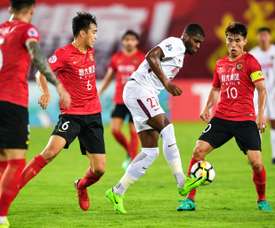 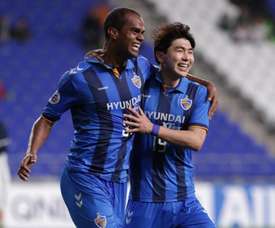 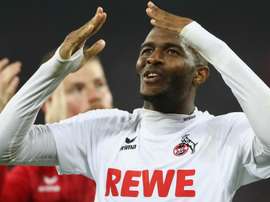 With Pierre-Emerick Aubameyang reportedly close to joining Arsenal, it appears Anthony Modeste would be happy to replace him. 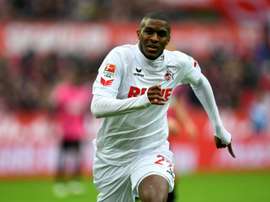 I'd always be Lewandowski's back-up – Modeste not interested in Bayern

Anthony Modeste is open to returning to the Bundesliga after departing Cologne for China, but Bayern Munich would not be of interest to him. 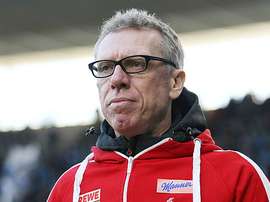 Anthony Modeste's transfer to China has left his ex-Bundesliga club Cologne struggling for goals after suffering back-to-back defeats in Germany's top tier -- a fortnight before facing Arsenal in Europe. 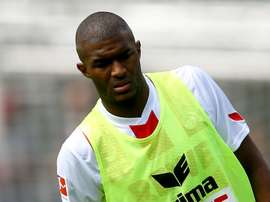 Borussia Dortmund wanted to sign Anthony Modeste from Cologne before his move to CSL club Tianjin Quanjian, the striker says.

Tianjin Quanjian have at last brought the Anthony Modeste transfer saga to a conclusion. 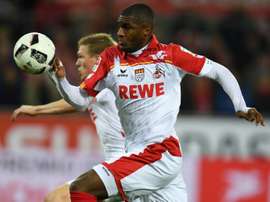 French striker Anthony Modeste will stay at Cologne for next season, despite offers from Chinese outfit Tianjin Quanjian, the Bundesliga club said on Wednesday. 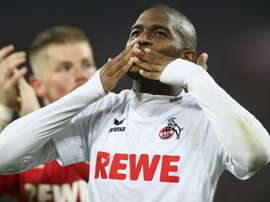 Tianjin Quanjian's pursuit of Anthony Modeste has been ended by Cologne, who called a halt to talks after an agreement was not found.

Cologne say they rejected a bumper offer of 50 million euros ($54 million) from China for prolific French striker Anthony Modeste -- but admit he could move to the English Premier League. 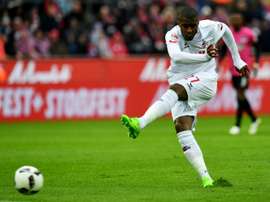 'Modeste better than Lewandowksi and Aubameyang'

Anthony Modeste has scored five goals in two matches and Cologne director Jorg Schmadtke says he is a cut above the rest in the Bundesliga. 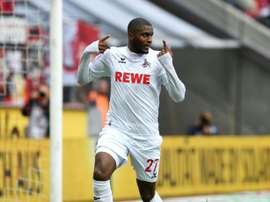 Modeste moves ahead of Lewandowski

Cologne's Anthony Modeste hit a hat-trick on Saturday to eclipse Robert Lewandowski in second place behind top-scorer Pierre-Emerick Aubameyang in the battle to be this season's Bundesliga hot-shot. 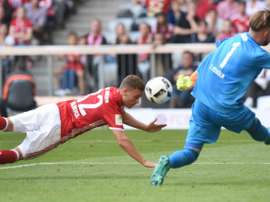 Leaders Bayern Munich dropped their first Bundesliga points of the season on Saturday as their 1-1 draw at home to Cologne denied Carlo Ancelotti a record-equalling sixth straight win. 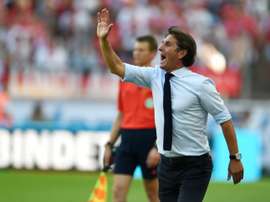 Hamburg coach Bruno Labbadia has been fined 5,000 euros ($5,590) by the German Football Association (DFB) for describing a controversial penalty decision in last month's Bundesliga defeat at Cologne as 'a joke'. 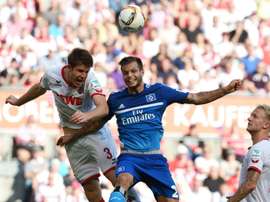 Cologne's impressive start to the season continued on Saturday when they went second in the Bundesliga with a 2-1 comeback win at home to Hamburg.